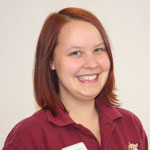 Elina has worked at both Moreton Hall and Stowe Veterinary Centre for many years. She has two young daughters who keep her and her husband very busy. 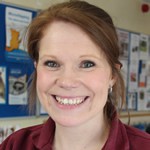 Sophie began her training with the practice in 2010 and works in both Pets Place and as part of the veterinary reception team. A keen animal lover, Sophie has cats, guinea pigs, snails, fish and a hamster! 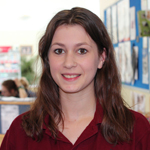 Jo has grown up around animals, both large and small and joined the practice to train to be a Pet Care Advisor. She shares her time between administration and Pets Place and enjoys work in just about every part of the practice. 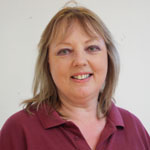 Carol joined the team at Pets Place Moreton Hall in 2008. She has grown up around animals; mostly cats and dogs. She has a bichon frise called Alfie Moon who is 8 years old. Carol enjoys holidays, especially in America and spending time with her grandchildren. 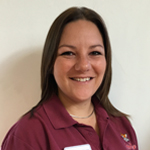 Alice joined the Pets Place team in April 2016. She loves working within the team and meeting clients and their pets. She has a Jack Russell called Gyp, who loves going on long walks and day trips with her and her fiancé. 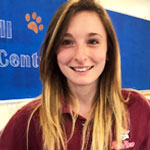 Gemma joined the practice in November 2016 as a Pet Care Advisor. She now also works with the reception team. At home she has two noisy guinea pigs and an 11-year-old Jack Russell called Lucy. 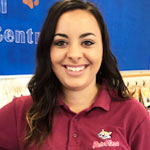 Zahra joined the pet shop team in April 2017. Outside of work, she enjoys looking after her animals which include a leopard gecko, chickens and a miniature pinscher called Hugo. 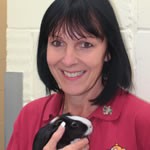 Tracie leads the Pet Care Advisor team at Pets Place in Stowmarket where she enjoys daily contact with clients and their pets. Tracie loves animals and has looked after a variety of pets over the years, from horses and goats to chickens and geese. She currently has two rescued cats and two pugs, one of whom was an abandoned stray that she personally nursed back to health. 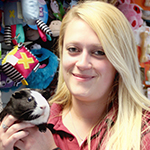 A member of the Pets Place team since 2006, Lisa enjoys taking part in the day to day care of our resident guinea pigs, degus and conures as well as helping clients choose the correct products for their pets. Lisa keeps cats as well as a few pet chickens and is always keen to help clients find the right pets.

We use cookies to ensure that we give you the best experience on our website. If you continue to use this site we will assume that you are happy with it.Ok